I entered the Viewbug Image of The Month Photo Contest vol. 39. It can be found here. To be frank, I entered this contest because many of the other contest had already closed. However, I could only enter one photo and the details of my assignment dictated I submit two. So, I entered an additional Viewbug photo contest called My Escape which I will discuss later.

For the photo of the month contest, I chose to enter my favorite portrait from the Bannack Ghost town shoot because I think the colors are vibrant and eye-catching, and because the look on the models face is my favorite.

The only requirements of the assignment were the photo, location, and a brief description. I wrote, “This photo was taken just as the model smirked at something stupid I said.”

The second photo I  submitted a photo to the My Escape Photo Contest which can be found here.

I chose to submit my favorite abstract photo from the Bannack Ghost Town shoot. The requirements for this contest were the same as for the photo of the month contest.

The description I submitted said, “To get this photo I took two pictures and masked them together using Photoshop. The first image was taken with the model holding an empty frame. The second photo was taken without the model or the frame using the exact same settings. Then I layered the model photo on top of the landscape photo and masked out the contents of the frame. It represents the feeling of being present without being genuine. We show up, but what everyone sees is completely disconnected from who we really are.”

I submitted both these photos on December 6th, 2018. 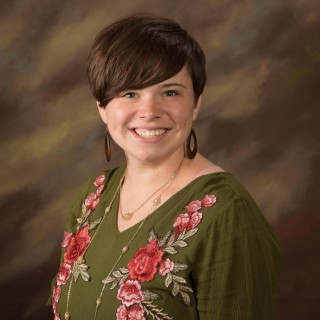 Thanks to @marissajenell for her spur of of the moment picture taking of this handsome hunk and I 😘
Starting off my last semester right with the best kind of people ❤️ #byuidaho @byui_studentsupport
The broski finally showed up. And brought his cat. 🙄 Gosh I love this family. I’ve loved this day. The failed easy bake oven brownies, the meeting of two cats (mine vanished), ebelskivers, and the perfect sibling photo where no one pinched anyone. Not a bad Christmas at all. #christmas2019
Emma every five minutes today, “I can’t believe Christmas is tomorrow!!” Still not sure if she believed it when she zonked out. Love this jammied family of mine (plus all the not jammied not pictured ones). #christmaseve